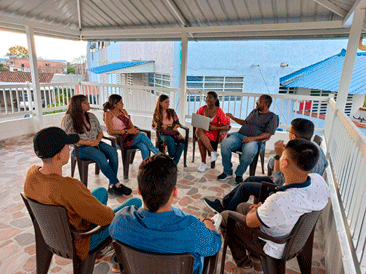 As a result of the HYLA Colombia meeting, a follow-up of youth leadership and contribution in the communities where they operate was developed. Initiatives for social projects such as early childhood education, construction of peace in the territory, entrepreneurship, and leadership among women were carried out.
The young participants of HYLA Colombia, held in August 2022 in Cartagena, participated in follow-up meetings in the cities of Caicedonia, Cali, Cartagena, and María La Baja, informed Pastor Edison de Arco. The purpose of the meetings was to follow up on the participants’ progress concerning their leadership development, refinement of calling, and consideration of advanced degrees. As a result, these coaching sessions allowed them to work with the youth in a more personalized way, giving them a sense of trust and commitment to the HYLA Colombia program. It was possible to know their achievements since August, such as obtaining university degrees, and study diplomas.
The ecumenical meaning of the HYLA Colombia meeting, which involved the Episcopal and Methodist churches, encouraged young people to develop social programs, such as in María La Baja. There he focused on children and women, the principal members of the faith community. Likewise, with the community mothers of that territory affected by the Colombian armed conflict, projects for early childhood education, entrepreneurship and leadership in women, and peacebuilding in the territory were formulated for the following year. 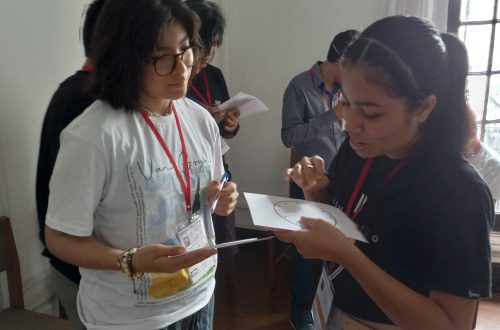